From my Sister-in-law Britt. Gamer Bingo sheet. I could probably hit bingo every time playing Halo on Xbox. 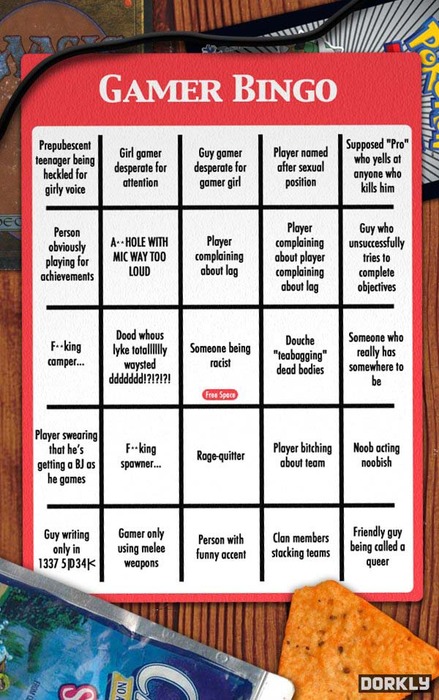